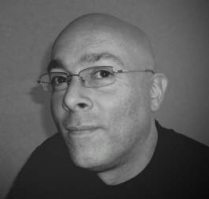 After wasting hours trying to make pip install packages depending on C compiler, I finally found a solution !
While installing Python and Pip is not a big deal, making Pip work is another story: I spent hours installing Mynt, with no success, banging my head on various error messages, among others, the infamous Unable to find vcvarsall.bat. Several posts suggest to install Microsoft Visual Studio 2008, and although it solved the vcvarsall problem, it brought other errors.
Here is the procedure I followed to make it work:

Altghough trivial, it's the essential part of the solution ! If you already had Python 64 bits installed, uninstall it, and delete its installation folder.

The detailed procedure is well explained on [pypi's site] (https://pypi.python.org/pypi/setuptools#windows-8-powershell). Don't hesitate to skip the whole procedure in favour of the install script provided.
After that, add your Python's install Scipts folder (by default c:/Python27/Scripts) to your Windows path.
Then type easy_install pip in the console.

You can find it here. Follow the installation wizard, and make sure you install the MinGW Developer Toolkit, mingw32-base and C++ packages. Make sure you add MinGW/bin folder to your path.

Force Pip to use MinGW as C compiler

By default, Pip will try to use the MSVS 2008 C compiler, so you have to force it to use MinGW's compiler instead. It's done by creating a file called distutils.cfg in PYTHON_INSTALL_FOLDER/Lib/distutils repository, and editing it as follow:

Et voilà! Now you should be able to install any package with Pip.